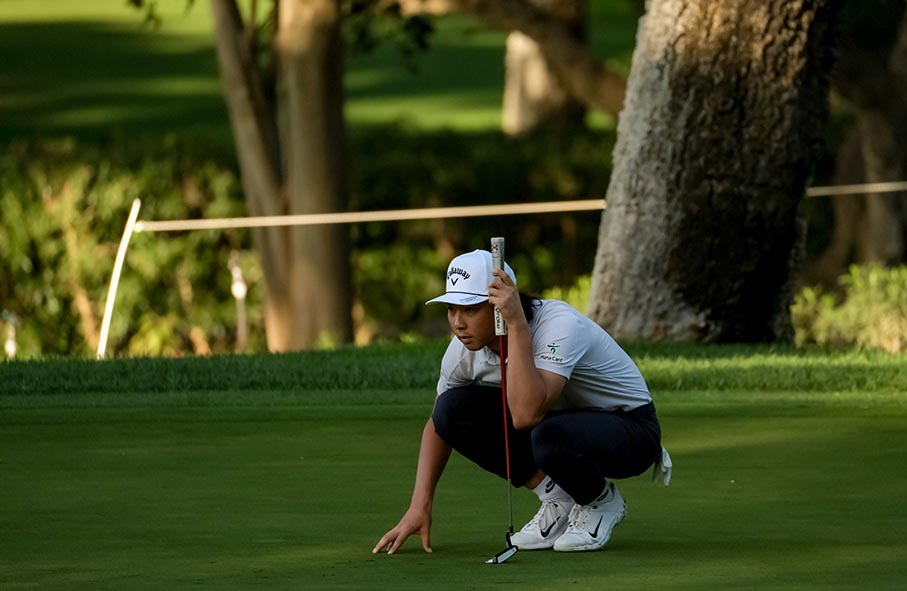 Min Woo Lee continued both his fine recent form and his love affair with Real Club Valderrama as he fired an opening 66 to sit in a five-way tie at the top of the Estrella Damm N.A. Andalucía Masters leaderboard. 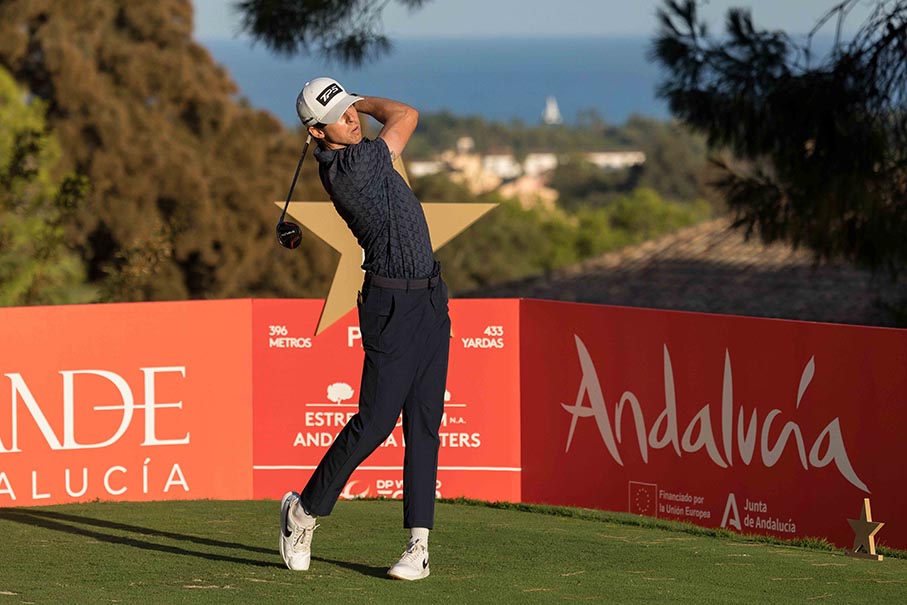 Lee is no stranger to this week's tricky host course, having finished in a tie for second behind champion Matt Fitzpatrick in Sotogrande last year.

Dane Kjeldsen, 47, closed his bogey-free 66 with a birdie at the 18th, while Thailand's Janewattananond made six birdies and a single bogey, with England's Horsey carding seven birdies and a double bogey.

Afternoon starter Angles then made it a five-way tie at the summit after recovering from an early bogey with six birdies.

Adrian Otaegui and Robert MacIntyre were the leading quintet's nearest challengers on four under.

Lee started at the tenth tee and picked up his first birdie of the day thanks to a ten-foot putt at the short 12th.

A tremendous eagle from 50 feet at the 17th saw Lee turn in 33 before back-to-back birdies at the first and second lifted him to five under.

But after producing a magnificent up-and-down from a bunker at the third for par, Lee found water on the par-five fourth and made a bogey there before dropping another shot at the very next hole.

Pars at the fourth and fifth steadied the ship before Lee reeled off two closing birdies to regain a share of the lead. 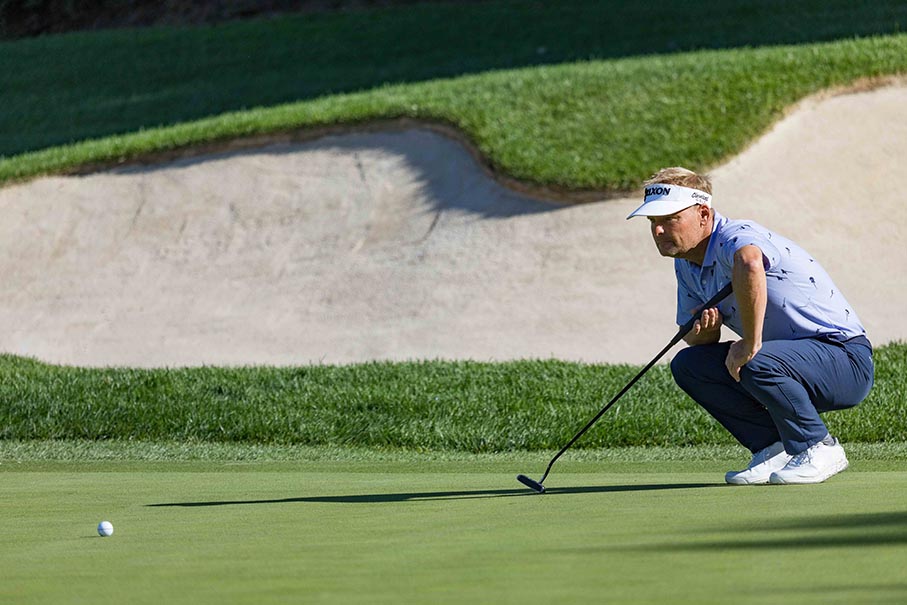 He said: "Last week I just didn’t have the focus in the last six holes, but looking at the positive sides I played wonderful for those first 60-something holes.

"I love this course, I love the vibes here so just want to keep it going. I feel good about this course.

"The toughness of it (suits me). I have a really good short game around here, something about the grass, I guess. Made up and down a few times.

"It frees up my iron play and long game. Some drives are pretty tough into the wind but if you can get it somewhere in play you can make birdies."

Kjeldsen reached the turn in 33 after birdieing the fourth and ninth before making further gains at the tenth, 12th and 18th to join the group on five under.

He said: "I felt I was playing well coming into today, but to go bogey-free round this place is a bit of magic. You don’t expect that – you expect to be punished at some stage. When you don’t get punished you enjoy it while it lasts."

Starting from the tenth, Horsey made seven birdies in his first 15 holes before a disappointing double bogey on the seventh meant he had to settle for a 66.

Horsey said: "I played lovely. If you’re in the fairway there are a lot of chances out there. 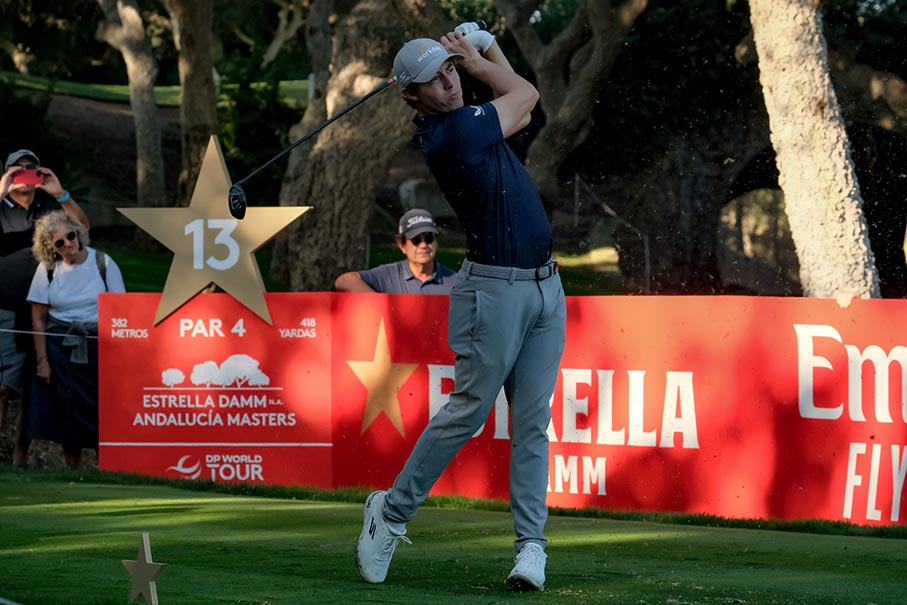 "The weather was fairly benign this morning, soft conditions. You can shoot a score if you are on the fairway.

"Valderrama kicked in on seven, my 16th - it bit me a little bit.

"I would have taken that score at the start of the day."

Janewattananond made a blistering start, holing birdie putts at the first, second, fourth and sixth to cover the front nine in 31 shots before making two more birdies at the 11th and 17th. A closing bogey then dropped him back to five under.

Angles dropped a shot at the second but bounced back in style, carding birdies at the fourth, fifth, seventh, 11th, 16th and 17th to get to five under.

The Spaniard said: "I love this course. Today I was lucky enough to hit it straight and score well, which sometimes this course won’t allow you to.

"I had pressure from the beginning, but I think I managed it well. My emotions were kind of stable."