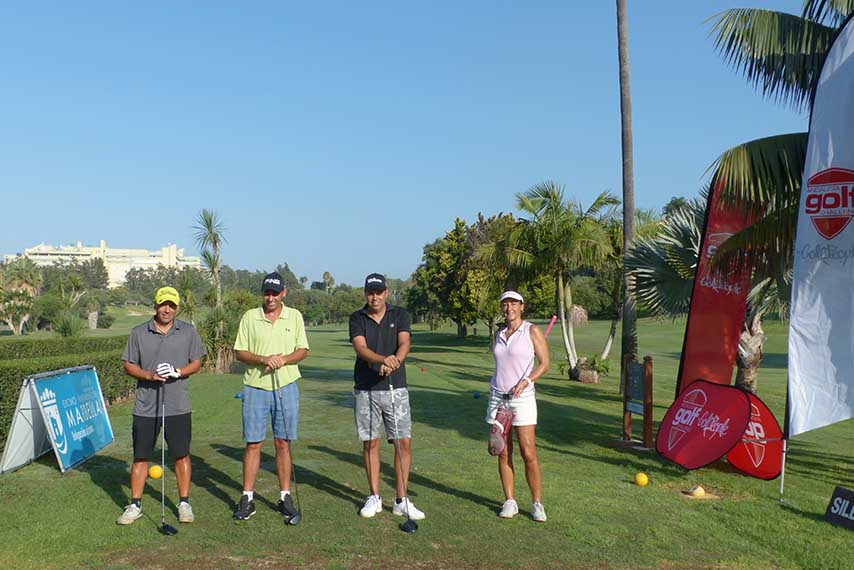 The fifth leg of this year’s Andalucía Golf Challenge Destination Dominican Republic Ocean’s 4 Bahía Príncipe Circuit was held in the superb surroundings of Santa Clara Golf Marbella. Located just five kilometres from cosmopolitan Marbella’s city centre, the exceptional Costa del Sol layout was designed by Enrique Canales. It was in excellent condition for the tournament, with players also able to enjoy benign weather throughout the day, in a pleasant golfing environment.

The available places to play in the tournament were sold out several days in advance, with many regular players on the Circuit teeing up again. All participants were treated to a snack after nine holes.

Organised by Andalucía Golf/España Golf magazine, the popular open amateur circuit is celebrating its 10th anniversary this year, and – the same as with the past two editions – offers an exceptional grand final prize of five trips to the Caribbean provided by Piñero Group.

Apart from prizes for each tournament (premium-brand apparel from the fairway+blue boutique in Puerto Banús, DO Somontano wines, sports equipment from Holiday Golf, etc.), the top three finishers in each category plus the scratch winner obtain places in the circuit’s grand finale, with the chance of securing one of the five Dominican Republic holidays including flights, transfers, all-inclusive luxury hotel accommodation, and golf at three of the best courses in the Caribbean: Ocean's 4, Teeth of The Dog and Punta Espada.

In category two, the leading three were: Giulio Riva (40 points), Javier Madrigal Burgaleta (40) and Cyril Dominicy (38). Dominicy had already qualified through the event at Valle Romano, so the fourth best finisher at Santa Clara Marbella, Francisco Romero de las Cuevas, gained a place in the grand final to be played on 21 November at Atalaya Old.

The scratch winner was David Carretero Castillo (with 35 points). However, as he had also qualified previously at Atalaya, second-placed Ignacio Sarasola Arribas won through to the grand final.

As for the special prizes, closest to the pin was won by Patrick Khar, and the longest drives went to Patricia Zimmermann and Domingo Gavira.

The leading three in each of the two categories plus the best scratch player in each tournament gain places in the grand final, with a chance to win one of five week-long, all-inclusive holidays at the Playa Nueva Romana de Bahía Príncipe resort in the Dominican Republic, playing golf at Ocean’s 4, Punta Espada and Teeth of The Dog. The first two players in each category and the scratch winner will travel to the Dominican Republic.

INCLUDED IN THE PRIZE

Teeth of the Dog