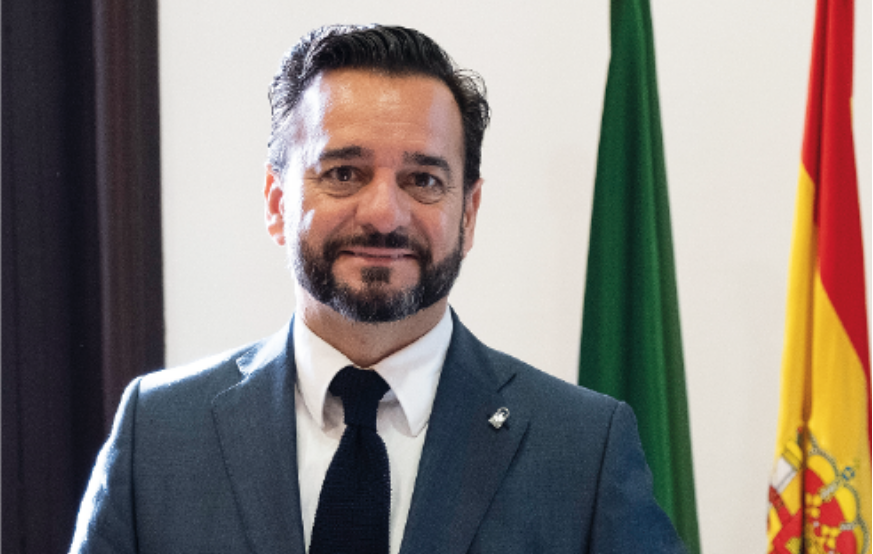 “Our commitment to golf is solid and absolute”

For the Andalucian ministry of tourism, golf is a key tourism segment in the region, which is why the government strongly supports the industry – categorically and without any reservations – and will continue to sponsor major professional tournaments held in Andalucía. One of the main objectives is the 2023 Solheim Cup.

The deputy minister for tourism in Andalucía believes there is still leeway for ongoing growth in the number of courses, and for the region to consolidate its status as Europe’s premier golf destination.

- The sector is hoping that golf will be one of the first tourism segments to regain a full level of activity as soon as flights restart and there is a sense of "normality". How important is golf tourism for your ministry?

Golf is fundamental for us, one of the stronger segments among the overall gamut of our extensive and varied tourism attractions. Fortunately, we have already left behind sun and beach as our "only" tourism model, although it remains essential and we should not underestimate it.

According to data that we have been studying in the ministry, there are more than 3,350 direct employees in the sector, and in Andalucía about three million green fees are sold every year. Golf represents significant activity within the tourism sector. In addition to Andalucians and residents of the region, there are tens of thousands of people who come here solely and expressly to play golf.

With the number of courses we have in Andalusia, which is approximately one-quarter of the total in Spain, and a climate that allows us to play all year round, golf tourism is an essential aspect of our overall tourism options. And, of course, we are going to remain firmly committed to golf and unabashedly support the sector.

- Golf is, as you point out, a strategic tourism segment for Andalucía, but do you believe Andalucian society in general understands its importance to the economy?

We have about 45,000 golf federation members – I am one of them, although lately I’ve literally had to leave my clubs in the storage room – and it could be said, taking into account the number of players, that golf is one of Andalucía’s main sports. Nevertheless, I still believe that there is a concept of golf, and not only here, that is in a certain way negative, with an element of prejudice.

This is something that doesn’t occur in other European countries, such as Great Britain, Ireland and Sweden, for example, where playing golf on public courses is a common leisure pursuit among groups of young friends, as here it is for football and other popular grassroots sports.

This negative image that golf bears can be attributed to various factors. At times it has been viewed as too closely linked to real estate speculation, the culture of highly speculative economic growth, etc.

The aura of being considered something of an elitist sport has been generated around golf, although playing the sport is not necessarily more expensive than playing others. Not everything is associated with private golf courses; in Andalucía public courses are springing up, albeit still only a few, and there are even private courses that offer access and affordable prices.

In any event, it has to be recognised that there is still a certain level of elitism in golf in Spain, but it’s the same in many other sports.

- Andalucía has one-quarter of all the golf courses in Spain. Is it true, perhaps, that the number of courses has now peaked?

Saying this in the middle of a pandemic is complicated but if, despite the current situation, investment projects related to golf are still being submitted to us, I would say that the ceiling has not yet been reached.

Are there some areas where a cap on the number of courses has now been reached? It’s possible, but I think not. In Andalucía there is still capacity for ongoing growth. If we look at a map of the region we can see that in the eastern area there are many courses while in the western part there are still not that many. There is leeway for golf to continue growing throughout Andalucía, and for us to consolidate our status as Europe’s premier golf destination.

- Are you aware of any new golf projects that have been submitted and are being processed?

A few months ago the Valle del Golf Resort project in Mijas was initiated, and it was officially declared to be of “touristic interest”. Now we have redefined it as a project of “strategic interest”. Why? Because it is linked with an initiative that not only includes a golf course but also a major investment that will eventually bring wealth and employment to the area.

Last year, just before the state of alarm declaration in March, the Junta (regional government)  issued a decree law of "administrative simplification" in which almost 100 regulations were reviewed. One measure proposed by our ministry was the elimination of the declaration classifying golf courses as being of touristic interest, because it was a cumbersome regulation where the aim was to achieve something that in principle might seem to be positive – that is, centralising everything related to a golf course construction licence – but still meant that all the permits and licences had to be returned to the relevant town hall and the paperwork trail started over again. No course was built under that decree.

We decided, therefore, to simplify and favour investment. We have already brought a proposal to the Junta’s governing body recommending that an investment linked to a golf course be considered a project of strategic interest. What does this mean? A fast-track of procedures – to streamline the processes in all aspects. We assign to them all what we call a "project manager": that is, we designate a person who is going to oversee the project and provide the developer with everything related to it. Rather than hinder, we want to help promote projects. And not only for golf courses but also for other tourism-related investments.

- Throughout the world there are about 60 million golfers, including more than seven million in Europe, where Andalucía’s main source markets are for tourism. In what ways do you think we can spread the word about golf in Andalucía?

Our data indicates that seven out of 10 golf tourists who visit us are foreigners: 30 per cent British, followed by Nordic nationalities, Germans, etc. What do we do, broadly speaking, to reach them? First of all we work closely with tour operators and have agreements with them so that golfers can visit with a complete package. We organise fam-trip with agents, “influencers”, etc., to promote and showcase our amenities. We participate in major international events, whether they are general fairs such as the WTM in London and the ITB in Berlin, or more sectoral fairs such as the IGTM and others. In short, we aim to make sure the golf segment is one of the most prominent and highly promoted among Andalucía’s tourist options and attractions.

- Does the ministry plan to continue supporting major professional golf tournaments held in Andalucía, such as the Valderrama tournament and the Spanish Women’s Open?

As I have noted, our commitment to golf tourism is total and this also means making Andalucía an international flagship for hosting major events.

What we did last year, in collaboration with Valderrama, continuing to host the Estrella Damm N.A. Andalucía Masters under those circumstances, without spectators, etc., is proof that we will always be there. Why? Because every time a golf tournament of these characteristics is held, the Andalucía image and brand reaches tens of millions of golf fans and potential visitors through television.

Also, of course, the direct impact of the tournament itself is important. Valderrama had more than 40,000 spectators in 2019 (2020 was an atypical year because there couldn’t be any spectators), and this represents a significant impact on the local economy.

Therefore, we remain committed to the Valderrama tournament and our relationship with the club. We have also made a firm commitment to the Spanish Women's Open, which is linked to Andalucía being the venue for the 2023 Solheim Cup, a tournament that will undoubtedly mark a before and after in the global positioning of our golf amenities, as was the case in 1997 with the Ryder Cup.