“Golf is very affordable in Sweden”

Maria Möller’s election in 2017, by unanimous vote, as the first woman to preside over the Swedish Golf Federation in its 113-year history was a clear sign of the strength of women’s golf and a boost for gender equality in the sport.

- Sweden is the European country with the highest percentage of golfers in relation to its population. What are the key factors that have made golf the top sport when it comes to the number of players in your country?

We have a long tradition of access to nature, which gives all Swedes the right to spend time outdoors almost everywhere (including private land). This custom has encouraged great interest in a lot of outdoor activities, like hiking, downhill and cross country skiing and, in modern times, golf. Golf is also very affordable in Sweden, where an average membership fee is around €500 a year. Finally, Swedish society consists of a very large middle-class population, which is an important base to recruit from all over the world. 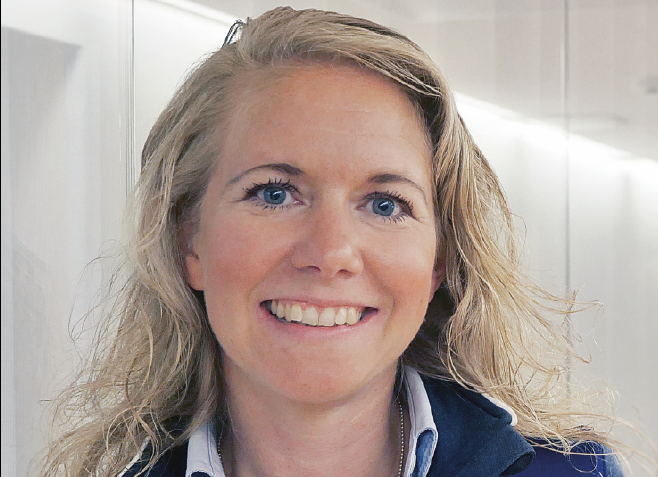 First of all, we did not experience any lockdown of society, so people had the relative freedom to move around in the country. Secondly, we were able to keep the courses open, while most other activities were limited or closed. Then a lot of employees were laid off due to the pandemic, and those still at work had to (and still have to) do it from home. All this together made it possible for more people than ever to find the time and opportunity to play a lot of golf.

- The climate in your country makes playing golf virtually impossible for several months a year. What are the main golf tourism destinations for Swedes, and what are the factors mostly taken into account when deciding on a destination (and specifically the Costa del Sol)?

Swedes play a lot of golf abroad and favourite destinations are Spain, Portugal, Turkey and the British Isles. Regarding playing on the Costa del Sol, I guess the key factors as always are weather, course quality, prices, availability and, of course, the destination’s general atmosphere.

- Women make up just over one-quarter of Swedish golfers. Their numbers grew 9.2 per cent in 2020, but this was still nearly three points lower than the increase in the number of male golfers. What do you think is the reason for this lower increase?

The growth in 2020 came equally from beginners and people returning to the game. The beginners comprised a larger proportion of women than the average, but the returners were mainly men.

- The fact that golf for children and young people up to 21 years of age grew spectacularly (34.7 per cent) in Sweden in 2020 highlights a fascinating exception on the international scene, where golfing authorities have tried – with little success in general – to attract new generations to the sport. What is the Swedish secret in this regard?

We have a strong sporting tradition in which younger people play a lot of different sports, and golf – in modern times – has become an alternative to team and other sports. It also has to do with clubs creating an atmosphere where young people like to hang out, assisted by motivated pros. But for 2020 the most important factor was COVID-19, with most fun activities for younger people – such as movies, bars, matches in almost every sport, festivals, etc. – closed. Playing golf became a place to meet, even for younger people, a fact we hope will remain over the years to come.

- With the gradual return to normality once COVID-19 is controlled and, hopefully, overcome, how do you think golf will evolve in Sweden? Will it continue to grow or is there likely to be a stagnation or decline in the number of players and rounds?

We believe 2021 has every chance to be another successful year, but slowly the advantage from other activities being closed will go away. Therefore it’s logical that golf will gradually lose members, but we believe to a level higher than before the pandemic. We also believe that Swedes will start travelling again to play golf, but not to the same extent as before. We believe it’s more likely that sustainability plays a bigger part in people’s decision-making, cutting down on things like frequent travelling.