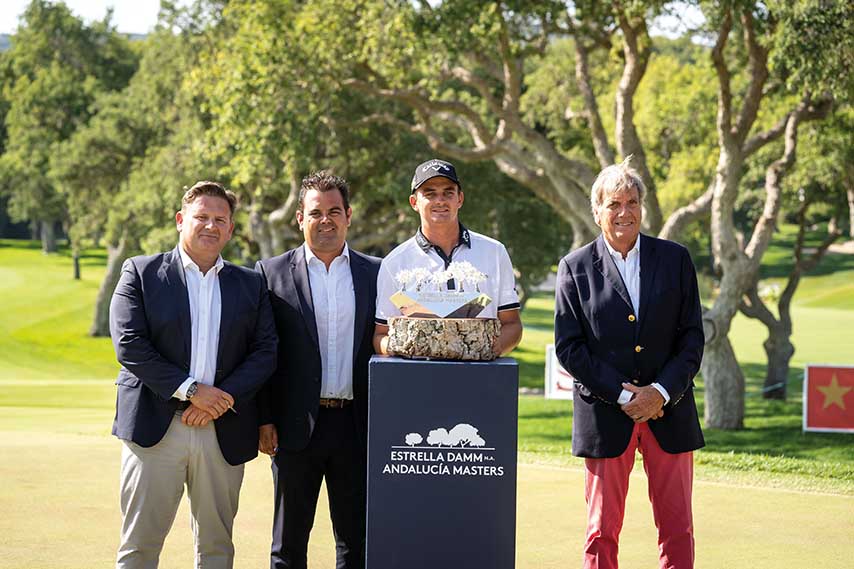 “Our evaluation of the tournament is very positive"

Royal Valderrama Club’s general manager, Javier Reviriego, says he is extremely satisfied with how the tournament evolved and progressed. “Our evaluation is very positive. There have been many new developments, not only due to the new date but also because of the new sponsor, Estrella Damm, so together with Andalucía (Tourism) we now have two very powerful sponsors.

"Also, we are very happy, logically, to have had Jon (Rahm) and Sergio (García) and that they were both up on the leaderboard during the weekend."

He adds, "At an organisational, public attendance and media impact level, we are very satisfied — and at the sporting level as well. Although the winner was unexpected, he deserved it because he played better than anyone else and it was an indisputable triumph. His story of overcoming adversity is a lovely one, and it had a lot of repercussion in the media."

From the point of view of Royal Valderrama Club, Reviriego highlights that "the most important thing is that the course shone on television, with the vast international audience able to appreciate its beauty. For us, it has been a great success. Valderrama has stood out and been seen in a different light compared with other editions, with harder and less receptive greens, and consequently this made the course more difficult.” 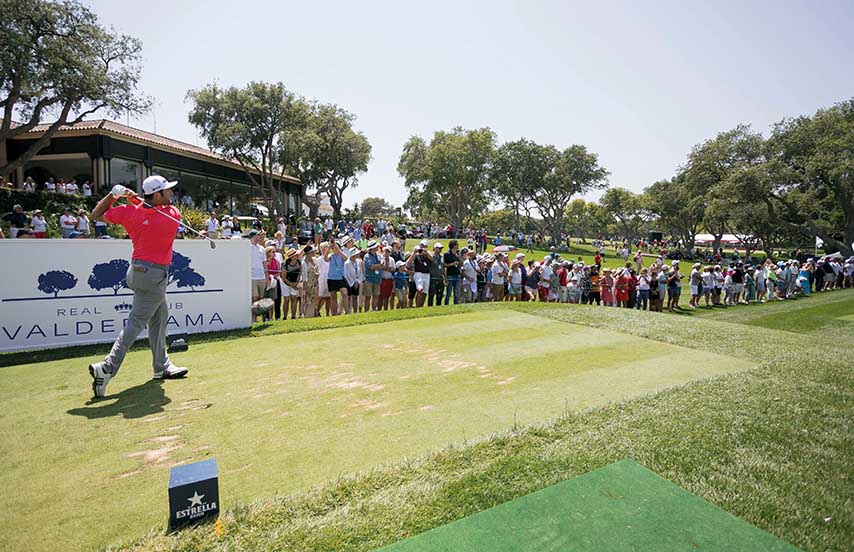 Reviriego notes, however, that in spite of all the positive aspects "there are things we have identified that can be improved and we will do so for next year".

As for the number of spectators at the course, Royal Valderrama Club’s general manager indicates that this latest edition was better than the previous ones, "about 43,000, but we would like to have more and for the event to continue to grow".

Referring to the event’s change of dates and the possibility that these will vary again next year, he says, "We are analysing with the European Tour several date options, all of them in the months of May or June. It will be held at that time and we will not return to October. The issue is that next year the whole schedule becomes complicated due to the Olympics and the Ryder Cup."

Another aspect addressed by Reviriego is that of the prizemoney, which this year experienced a significant increase, from €2 million to €3 million. "Our goal is for this to increase further,” he says, "but we still can’t confirm that. We are in full negotiation with the Junta de Andalucía (regional government) for the extension of the sponsorship contract, which ended this year. We are working on that, and also talking with different companies to try to encourage them to join the tournament as co-sponsors."

Reviriego also notes that Royal Valderrama Club is “hugely satisfied" with Estrella Damm’s involvement in the tournament because "it has done a great job creating an associated programme of activities, with concerts and leisure areas, and we are all working together to make the event even more attractive."