There is a course on the Costa del Sol that stands out impressively for its stunning natural surroundings, a parkland forest layout in a lush setting of stately Canarian pines located just a few hundred metres from the sea, whose waters can be viewed from several of the holes. It is Chaparral Golf Club in Mijas municipality, unquestionably one of the finest courses among the varied and extensive range of golf options on the Coast.

Coinciding with Andalucía Day, on 28 February, the club celebrated the 15th anniversary of its re-opening. It was in 2006 when the Rubio family cut the ceremonial ribbon of a new life for Chaparral Golf Club.

Club president and successful businessman Antonio Rubio was the architect of its recovery – a natural jewel that had remained closed for several years due to a variety of reasons. For his endeavours, he had the invaluable support of renowned Málaga designer Pepe Gancedo, known as the “Picasso of Golf”, who once again undertook an extraordinary job to give the course the special essence it enjoys today. Gancedo's work is highlighted by absolute respect for the landscape and the environment, making the best of the natural outline of the course in the design of each hole.

The path to achieving Chaparral’s current success was marked by a huge effort in every sense, both physical and economic, as over the years various upgrades and improvements had been carried out to meet the needs and demands of the many golfers playing the course.

To commemorate 15 years of the club’s new era, starting in March and continuing throughout 2021 a series of initiatives and events will be organised for members, visitors, collaborators and friends.

“From 2019 to the present day,” he explains, “we have carried out work to improve and condition the course, improving its playability and accessibility for players. All the bunkers have been refurbished, buggy paths have been reconditioned, new tee areas have been built, and the course has been cleaned and cleared, together with a new maintenance program for the greens.”

He acknowledges that “this whole path hasn’t been easy and the global pandemic situation caused by COVID slowed down the rate of work but, with regard to the immediate future, during 2021 and 2022 we have an ambitious project in place in which development of the new urban complex will lead to an improvement in our roads and club access points, lighting, parking areas, children's play areas and green zones, and a proposed new Social Country Club.

“What we are aiming for with all this is to offer better services not only to our members and visitors but also to the area’s residents, so that – in addition to golf – they will be able to enjoy facilities such as pádel and tennis courts, an indoor pool and a gym.”

The objective is to create a wonderful social environment that satisfies not only golfers but also non-golfers who like a lifestyle that is in contact with nature and sport.

Regarding the golf course itself, Gavira emphasises the stunning beauty of the landscape, the spectacular forest surrounding it, the sea views (from some of the holes) and the great diversity of holes, which requires every type of shot to be played throughout a round.

Chaparral Golf is a parkland forest course where players will discover a unique layout that offers an exceptional golfing experience – highlighted by a great variety of holes which are ideal for all kinds of players. 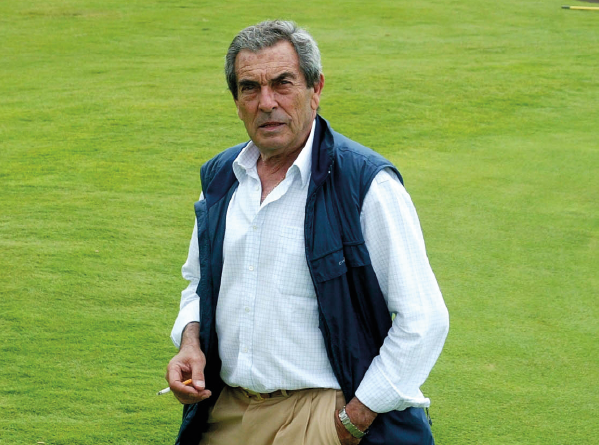 Masterpiece by the “Picasso of Golf”

There are very few courses that can claim to be the work of none other than Pepe Gancedo, popularly known as the “Picasso del Golf” – and Chaparral is one of them.

He was considered one of the most creative Spanish designers, a genius who not only completed his designs on paper but also created golf courses that were inspired by the natural shape of the terrain.

Throughout the design process he carried his bag of golf clubs with him, modelling each hole to the finest detail. He always defended the theory that when designing a course you had to feel it, and that is why all his golf courses (20) have a rich personality. He is rated by many experts as one of the most iconic international golf designers of the 20th century.

Thanks to his mastery, Chaparral has the honour of featuring 18 truly spectacular holes, a demanding, exceptional course fully integrated into the midst of nature.