With seven and six Grand Slam titles, respectively, British Harry Vardon and American Pat Bradely are sixth and seventh in the rankings of major championship winners.

Born in 1870 on the British island of Jersey – in the English Channel, halfway between France and England – Harry Vardon was the first golfing celebrity and one of the game’s most influential players. During his prolific career he won 62 professional titles and seven majors (the 1900 US Open, and 1896, 1898, 1899, 1903, 1911 and 1914 British Opens). His many honours include inclusion in the World Golf Hall of Fame. Today, the scoring leaders on the European and US Tours both receive the Harry Vardon Trophy.

Vardon popularised what is known as the “Vardon Grip” and his instruction books are still relevant among modern-day golfers trying to improve their game. He also gave his name to a ball, the “Vardon Flyer”.

Vardon took up the game in his teens, inspired by his brother Tom’s success as professional, and decided he also wanted the same job. He turned professional at 20, in 1890, and his first titles came quickly. His first major win was in the 1896 British Open, where he played in what would become his signature attire: knickers (he was the first golfer to do so), dress shirt, tie and buttoned jacket.

The jacket made play awkward, but Vardon still gained fame for his smooth, free-swinging movement which enabled him to hit the ball more upright than any of his contemporaries – giving him a huge advantage on approach shots as they had greater carry and a softer landing.

His fame spread in 1900 when he joined the US Tour and played more than 80 exhibition matches - often against the better-ball of two opponents – and he won 70 of these games. He also won the US Open that year, and 20 years later – aged 50 – was second in the same championship.

Vardon, J.H. Taylor and James Braid, who finished their careers with a combined total of 16 victories in the British Open – and who in the 1900 British Open finished first, second and third – became known as the “Great Triumvirate” of British golfers.

Vardon was struck by tuberculosis in 1903 and his game wasn’t the same again, but he recovered to win the British Open in 1911 and 1914.

After leaving competitive golf Vardon dedicated himself to designing courses and writing instruction books, one of which – “The Gist of Golf” – is considered a classic.

"Don’t play too much golf. Two rounds a day are plenty."

"More matches are lost through carelessness at the beginning than any other cause."

"A great deal of unnecessarily bad golf is played in this world."

"To play well you must feel tranquil and at peace."

Born in Westford, Massachusetts, in 1951 Pat Bradley’s stunning achievements include being the only woman golfer to have won three of the LPGA Tour’s majors in the same season (1986) and the first to win at least one of each of the modern-day Grand Slam events.  The US star also made history as the first woman to win two, three and four million dollars in prizemoney – in 1986, 1990 and 1991 respectively.

Pat has been one of the game’s greats. She won 31 times on the US women’s tour, and collected six Grand Slam titles. She won these majors from 1980 to 1986, the latter her finest season when she won three majors: the Kraft Nabisco Championship, LPGA Championship and du Maurier Classic, which she also won in 1980 and 1985. The sixth of her Grand Slam titles came in the 1981 US Women’s Open.

Her other impressive honours include induction into the World Golf Hall of Fame, the Vare Trophy (for lowest scoring average) and LPGA Player of the Year in 1986 and 1991.

Rather oddly, the World Hall of Fame in Florida actually has a cowbell, and the reason for this is Pat Bradley – because every time she won another title her mother would go out on the porch of their family home in Westford and ring a Swiss cowbell. Kathleen Bradley had to ring the bell over 30 times, from 1975 when her daughter won the Colgate Far East Open to 1991, when Pat collected her final title. Following her retirement, and inclusion in the Hall of Fame, the cowbell became a part of the exhibition.

Pat started playing golf at 11, and five years later began winning important amateur titles in the US – including, during her university years in Florida, the 1970 All-American title.

She then turned pro and, in 1974, joined the LPGA Tour. Her first win on the circuit came two years later, the Girl Talk Classic, the same season she finished second six times – which gives an idea of the quality of her play.  Her career really took off in 1978, when she won three tournaments, although her most prolific years were still ahead of her, in the mid-1980s. She won the most number of events in 1983 (four) and 1986 (five); and her first major was the 1980 du Maurier Classic.

The year she will never forget was 1986: with three Grand Slam titles, a fifth place in the fourth major (the US Women’s Open) and number one ranking on the money list.

“I have been a very good and consistent player but I believe that it was really in 1986 when I stood out from the other players,” she recalls. “I believe there is someone above, in some place, they chose me to have that year, which has entered the annals of golf, and that just makes me a little more special than others. I would truly like everyone to be able to experience what I did that year when my dreams became reality. I was invincible.”

On the other hand, 1988 was an ill-fated year for Pat: her father died and she was diagnosed with a thyroid disease. In spite of those setbacks she competed in 17 tournaments, though she only made the cut in eight.

She regained her form the following year and started winning again. In 1989 she collected one title, in 1990 she won three times and in 1991, her last great year, she added four more victories. That same year she was the leading money winner and received the Player of the Year award, which she had also won in 1986. Her last two LPGA Tour wins were in 1995.

The keys to the success of Pat Bradley – the 22nd woman to be inducted into the World Golf Hall of Fame – were, apart from an innate talent for golf, her great determination to excel. “The key was dedication,” she says. “You can have success and failure, suffer setbacks and win, and overcome all that.”

“Commitment was the key. You can have success, failure, setback, and defeat, and rise above it.”

“Every ounce of me is out there trying to be the best.”

’You work hard to be good and then to be great, but when you’re great, you don’t just want to be good.’’ 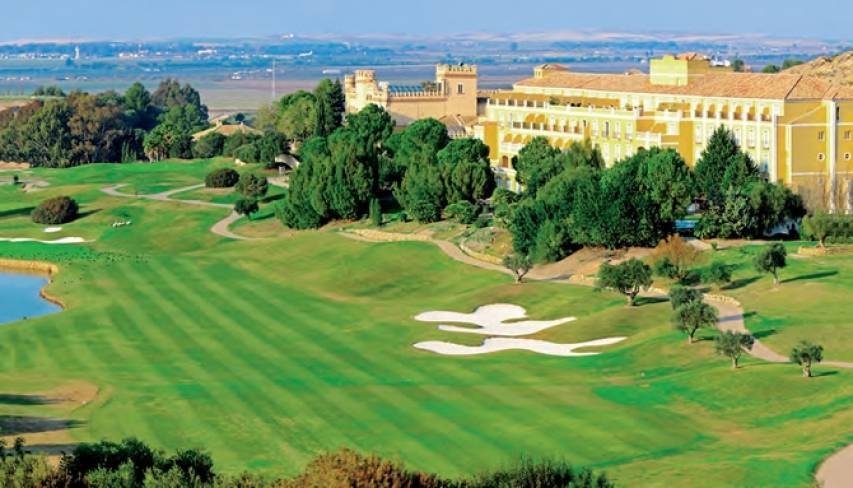