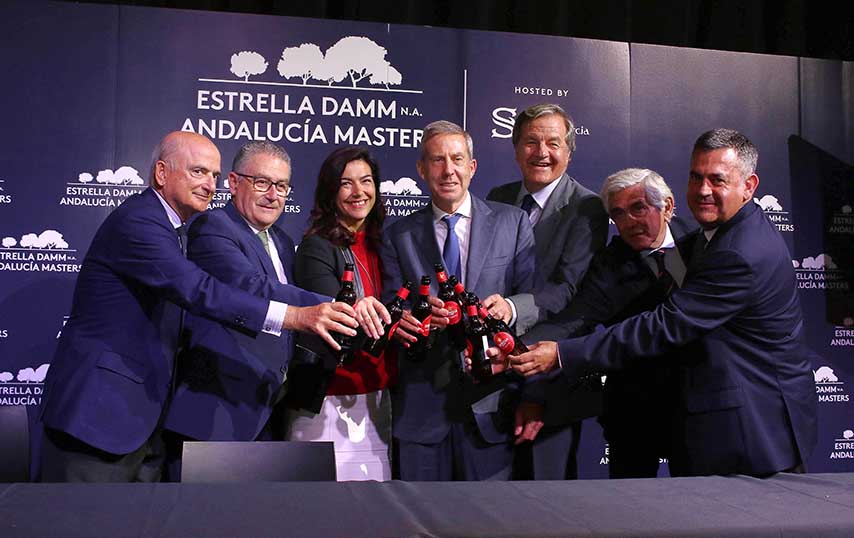 Estrella Damm, the iconic premium lager brand of the Spanish brewing company Damm, is today unveiled as the new title sponsor of the Andalucía Masters in a significant five-year deal.

Major champion Sergio Garcia heralded the new era for the event by confirming he will return to defend his title, as well as host the event once again through his Foundation. He will be joined in the field by, amongst others, his 2018 Ryder Cup teammate and fellow Spaniard Jon Rahm.

The tournament, at Real Club Valderrama, is also supported by the Junta de Andalucía, and will take its place in a new summer date on the European Tour, from June 27-30, 2019.

Jorge Villavecchia, Managing Director of Damm, said: “It is a real honour that one of the European Tour’s most important tournaments bears the name of Estrella Damm, our flagship brand. This will without doubt contribute to the internationalisation of the company, one of the pillars of our strategic plan. It is also a great privilege that the event is being held at the Real Club Valderrama, an unmatchable venue.

“Sport is in Damm’s DNA, which is why the sponsorship of the tournament not only highlights the company's commitment to golf, but also that of Damm to sport and society.”

Keith Pelley, Chief Executive of the European Tour, said: “We pride ourselves in being associated with some of the best and most prestigious companies across the world and Estrella Damm fits into that category. We thank them for their support of the European Tour in addition to everyone at the Junta de Andalucía and, of course, everyone at Valderrama.

“To have a tournament on the European Tour secured at one of the great and iconic courses in the world, not just in Europe, for the next five years, is terrific.

“We also pay tribute to Sergio Garcia not just for his skill inside the ropes, which will see him return this year as defending champion, but also for his commitment to the tournament outside the ropes through his wonderful Foundation.

“Players like Sergio and Jon Rahm are, of course, products of the Spanish Golf Federation who have done a fantastic job over the years in promoting golf in their home country and helping nurture young Spanish talent and advance it to the very top of the game. With seven Spanish players currently in the top 60 of our Race to Dubai, we look forward to seeing this trend continuing.”

Manuel Muñoz, General Secretary of Tourism for the Junta de Andalucía, said: “Today, Andalucía once again plays a leading role as a golfing destination, a benchmark for this sport in the south of Europe. Andalucía is the preferred destination for golfers traveling to Spain and the Andalucía Masters, which we have supported since its inception, has been an important part of that.”

Visconde de Pereira Machado, President of Real Club Valderrama, said: “We are absolutely delighted to welcome Estrella Damm to our event at Real Club Valderrama. We have been working very hard to make our tournament one of the best on the European Tour schedule and we have no doubt that this new partnership will allow us to upgrade it further, to a new level.

“I would like to thank Estrella Damm for their great commitment and the European Tour for sharing with all of us at Valderrama our passion to grow the tournament. Our deepest thanks to Andalucía for their valued and continued support and to our member Sergio Garcia for his involvement through his Foundation.

“We look forward to welcoming players and fans from all over the world to Valderrama in June. Our golf course will be set to the highest standards of condition and will be a true test for some of the best golfers in the world.”

First brewed in 1876, Estrella Damm is the Mediterranean lager of Barcelona. To this day, Estrella Damm is brewed using the original recipe and 100% local and natural Mediterranean ingredients: barley malt, rice and hops. The link between Estrella Damm and sport dates back to the company's beginnings. Since then, the brand has been closely connected to sport in many ways, partnering many national and international sports clubs, teams and events. At the end of the 1990s Damm decided to support golf, at first through amateur clubs all over Spain and then, in 2017, sponsoring the Estrella Damm Mediterranean Ladies Open, a professional golf tournament on the Ladies European Tour, in which Europe’s leading women golfers compete.

The Estrella Damm N.A. Andalucía Masters hosted by the Sergio Garcia Foundation returned to the European Tour schedule in 2017 after a six-year gap, with Garcia supporting the event through his foundation, which was set up in 2002 for the purpose of contributing to the social inclusion of economically deprived children and youths through social assistance benefits and the practice of sport as a free-time activity.

After becoming the first Spaniard to win a stroke play event at Real Club Valderrama with a battling triumph at the event in 2011, the 2017 Masters Tournament champion and Europe’s record points scorer in The Ryder Cup, continued his love affair with the venue by taking the title for a second time on its return to the European Tour International Schedule.

Garcia continued his remarkable record at Valderrama last year by successfully defending his title and lifting the trophy for a third time at the venue steeped in Spanish golfing history, where the legendary Seve Ballesteros famously led Europe to victory in the 1997 Ryder Cup. 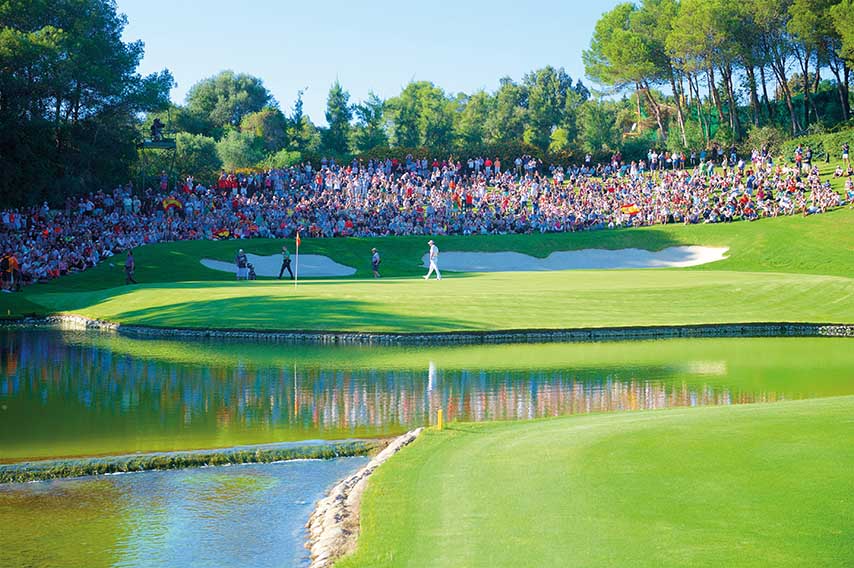 Garcia said: “I’m very excited to return to Valderrama, and especially with Jon coming along too. It was a dream come true to win the title again last year and I’m sure it’s going to be an amazing week this year, especially for Spanish golf fans.

“With our Foundation being so involved it makes it even more special, and hopefully we can raise more funds for people who need it. With Jon coming along again, and some of the other guys in the field this year, along with the exciting announcements, the tournament is getting even bigger. It’s going to be an awesome week.”

He will be joined in the field by World Number 11 Rahm, who made his first professional appearance on Spanish soil at the event in 2017, and despite missing the cut at Valderrama, he went on to delight home fans by claiming his third European Tour title at the Open de España the following year.

“Last time I was there I didn’t have my best performance by missing the cut, so hopefully I can give Sergio a run for the title this year.

“We’re lucky to have two European Tour events in Spain, and one of them with a lot of thanks to Sergio and his Foundation. I will give as much support as I can and hopefully we have a good week and put on a show for the Spanish fans.”

Tickets for the 2019 Estrella Damm N.A. Andalucía Masters hosted by the Sergio Garcia Foundation are on sale now, starting from just €7 for juniors and €18 for adults on pro-am day. For more information and to buy tickets, visit www.andaluciavalderramamasters.com