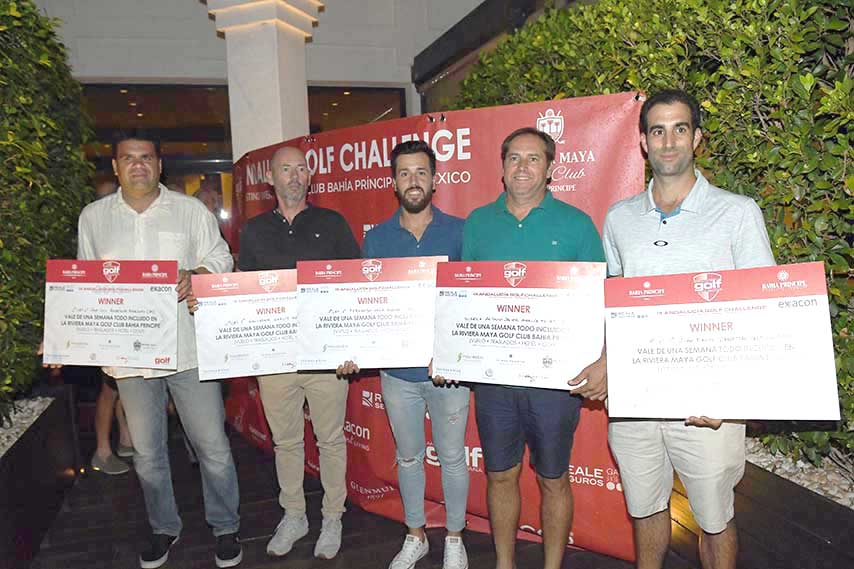 Juan David Carretero Castillo, Fernando Vega Alonso, Salvador García Ramírez, José Luis Rodríguez Rodríguez and Antonio Javier García Frías are the five well-deserved and lucky winners of five trips to the Mexican Caribbean that were settled in the grand finale of the Andalucía Golf Challenge Destination Riviera Maya Golf Club Bahía Príncipe. The magnificent Alferini course, at Villa Padierna Golf Club on the Costa del Sol, was the venue for the competition, with more than 100 players taking part: the top five in each category plus the scratch winner of each of the 10 tournaments that this year made up the ninth edition of the popular amateur circuit organised by Andalucía Golf/España Golf magazine.

First category winner Juan David Carretero was actually one of the five winning players on last year’s circuit, and he enjoyed a superb trip to the Dominican Republic, staying at La Romana Golf Club Bahía Prince and playing at that course as well as Dientes de Perro and Punta Espada.

This year, the five winners of the finals prize will travel to the Riviera Maya on 27 October, stay for an all-inclusive week at the five-star hotel Sian Ka'an at Bahia Principe Riviera Maya Resort and play golf at three exceptional courses: Riviera Maya Golf Club, El Camaleón Mayakoba and Playa Paraíso. 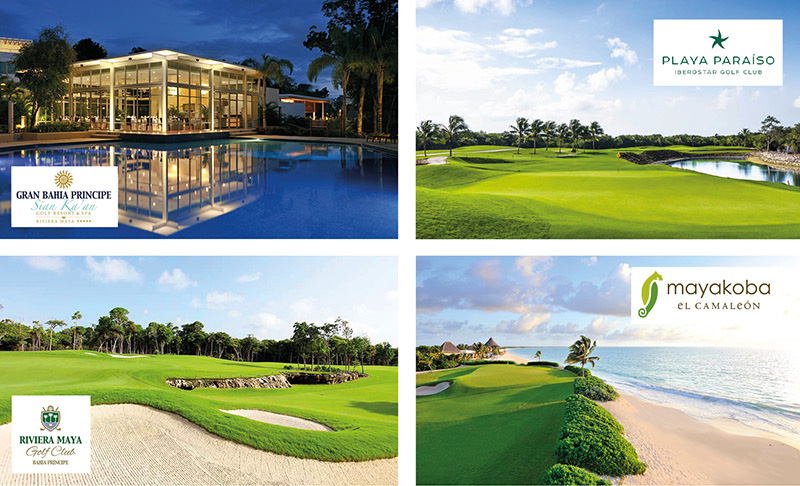 Juan David Carretero won the category one prize with a score of 42 points, two more than second-classified Fernando Vega. In the second category Salvador García won with 41 points and second, with 39 points, was José Luis Rodríguez, who finished with the same score as three other players but had the lower handicap. The scratch winner was Antonio Javier García, who totalled 31 points, one more than Carretero. 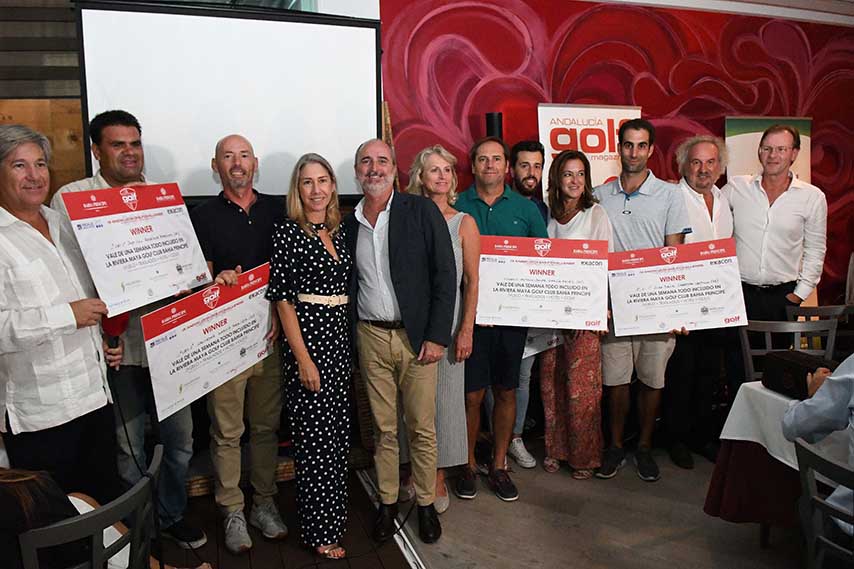 One vignette of the tournament starred Alberto Luis Alfonso Álvarez, who could have won one of the trips to Riviera Maya (he had totalled 39 points and had a better handicap than Salvador García in category two) but was deprived of the prize because he played the wrong ball without realising it at one point in the round, and called the penalty on himself. In recognition of his fine sportsmanship, Alberto received a warm ovation from all those attending the gala dinner which, held in the magnificent D-Wine Restaurant in Marbella, added the finishing touch to this ninth edition of the Andalucía Golf Challenge Circuit.

Another interesting side story involved Diego Hidalgo, who was to be married that same afternoon, at six o'clock, rain out of time, and was forced to withdraw from the tournament before concluding his round. One other player also had to deal with an extremely important issue outside the competition: Joaquín Obispo was waiting for a possible phone call to tell him his daughter had made him a grandfather.

Around 150 people enjoyed the gala dinner, enlivened by a group of Mariachis in honour of the country hosting the winners of the IX Andalucía Golf Challenge. D-Wine, located between Puerto Banús and San Pedro Alcántara, has one of the largest restaurant selections of different international wines. In fact, it has received an award from Wine Spectator for having “one of the most spectacular restaurant wine lists in the world”, and has also been awarded the jury prize for “The World’s Best Wine Lists” from The World of Fine Wine. Its cuisine stands out for the high quality of the ingredients and the meticulous preparation of the dishes. For example… the exquisite meat served at dinner required six hours of low-temperature baking.

The awards ceremony for the 2019 circuit, presided over by Andalucía Golf’s Luis Navarro and Antonio Sánchez, was attended by sponsors and collaborators including Elena Cuberos, from real estate developer Exxacon; Javier Pérez Ximénez, of Reale-Galpe Seguros; Stefan Tjellander, from Holiday Golf Group; and Gabriella Jones, of fairway+blue. Exaccon, one of the three main sponsors of the IX Andalucía Golf Challenge, together with Bahía Príncipe and Reale-Galpe Seguros, held a special draw (with the prize a weekend in a European city) among players participating in the Circuit who had previously registered for the raffle. There was also another raffle among all the finalists, with prizes including Ecco shoes, Ofelia T bags and vouchers valued at €100 euros for the fairway+blue boutique in Puerto Banús.

The five overall winners were delighted with their prizes, and highlighted the excellent organisation and atmosphere prevailing at the tournaments where they had teed up. All of them expressed an interest in participating in the 10th edition of the Andalucía Golf Challenge in 2020, when the grand final prize will once again be a trip to an idyllic world-famous golf destination. 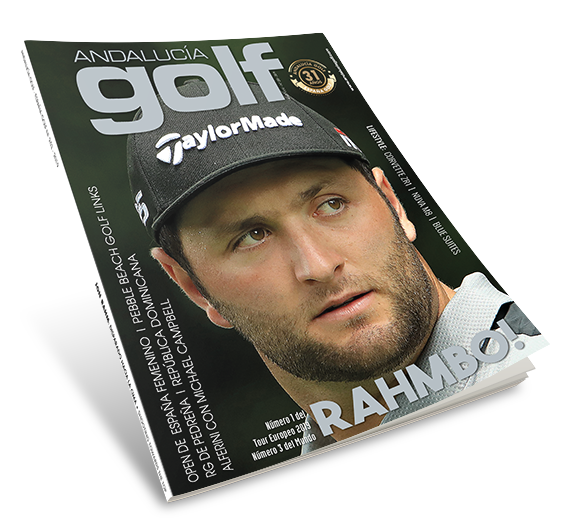